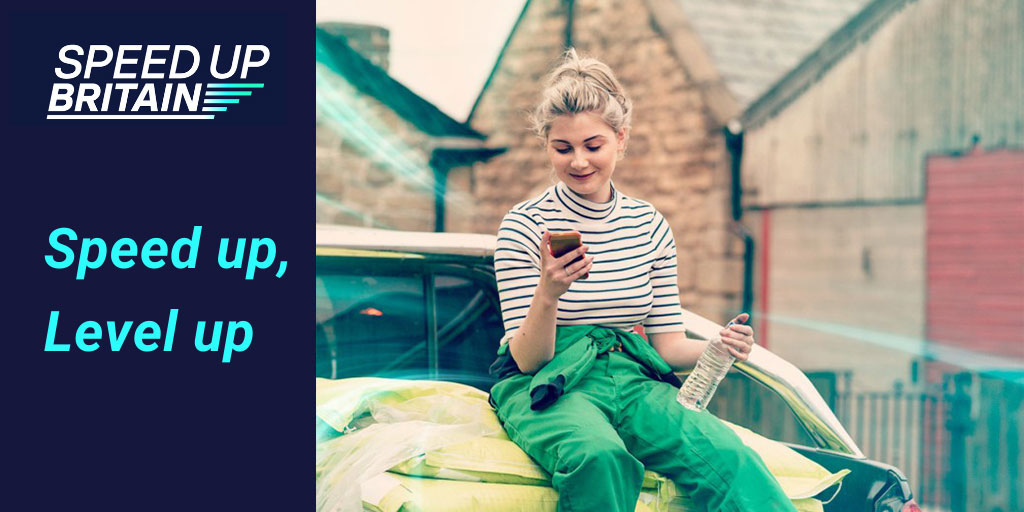 As the Government has recently closed a consultation on potential revisions to the Electronic Communications Code (the Code), Patricia Hewitt, the Chair of Speed Up Britain and former Trade and Industry Secretary, shares her opinions in the Yorkshire Post on how a fit-for-purpose Code could accelerate the rollout of 4G and 5G across Yorkshire to support its recovery from the pandemic, and transform the digital futures of communities across the rural heartlands.

5G rollout in rural Yorkshire is vital for our recovery

With the pandemic receding steadily and post-Covid Britain coming more clearly into view, the big question we all face is how to kick-start the recovery and deliver on the Government’s ambition to create a levelled-up, built-back-better Britain.

The Government has made it clear that a big part of the answer is rolling out better mobile connectivity across the country. It’s investing heavily in 5G and is committed to covering 95 per cent of the UK’s landmass with 4G through the Shared Rural Network.

This £1bn investment in mobile is being split by industry and Government, and should be transformative for rural communities across Yorkshire. And mobile has to be an important part of the solution.

Across the county, low population density – just 76 people per square mile in North Yorkshire versus the English average of 430 – makes the investment needed for fibre extremely expensive for telecoms companies.

That means better mobile is vital in eliminating 4G not-spots and connecting households, businesses and communities so they can reap the benefits of the digital economy.

Operators are hard at work already. EE has already announced upgrades to a range of 4G sites across Yorkshire in 2021, and o2, Three and Vodafone have also announced they will build and share 222 new masts to boost rural coverage this year.

The Government’s 5G plans could also be a gamechanger for these harder-to-reach places – 5G could be 100 times faster than 4G and we know the potential economic prize is massive.

Research carried out by the Centre for Policy Studies (CPS) tells us that if 5G coverage reaches a quarter more of the population than the Government’s current target of 51 per cent, it will produce GDP gains of £41.7bn by 2027.

But we have a problem. The law introduced in 2017 to help make all of this happen – to make it easier for operators and landowners to strike deals that would enable the rollout of new technology – isn’t working.

This law, the Electronic Communications Code (The Code), governs the relationship between operators and the landowners who host network equipment on their property. It grants operators certain rights, including the ability to upgrade, build new sites, and make savings via rent reductions to reinvest in the rural connectivity we so desperately need.

On rent, the idea was partly to redress an imbalance between telecoms infrastructure and other utilities. Rents for telecoms sites were often in the tens of thousands of pounds each year, while the average for an electricity mast is about £150. Ultimately, the higher the rents, the higher the costs passed along to consumers. However, some landowners remain unwilling to make deals with operators because they feel the rent reductions being asked for are too steep.

Our campaign, Speed Up Britain, recognises the impact these rent reductions can have on the smallest landowners. That’s why our members have committed to case-by-case negotiations to try and agree fair deals within the framework of the code.

And despite what some are saying, the numbers on this should be reassuring. The average rental value for sites across the UK has come down by an average 63 per cent, far less than the 90 per cent+ numbers some in opposition to new rollout are suggesting.

The average rental value for sites across the country is still in the thousands of pounds. But landowners still aren’t coming to the table in high enough numbers to deliver the connectivity we need. Despite having more than 30,000 telecoms sites in the UK, since the code was introduced three years ago, fewer than 500 deals have been completed.

This is a major issue. For every individual who receives lower rent for a mast on their land, thousands benefit – the ambulance drivers who have been able to reach families in need through the pandemic, the families who have been kept connected to one another, the small businesses that rely on mobile connectivity to keep going.

Thankfully, we may now have some light at the end of the tunnel.

These quick fixes will make the code fit for purpose. Doing so should solve our issues with 4G and 5G rollout, and transform the digital futures of communities across Yorkshire.

Patricia Hewitt is the Chair of Speed Up Britain and was Trade and Industry Secretary from 2001-05.

For more information on Speed Up Britain please visit www.speedupbritain.com.

For more information on the Shared Rural Network Programme, see press releases by EE and Three.